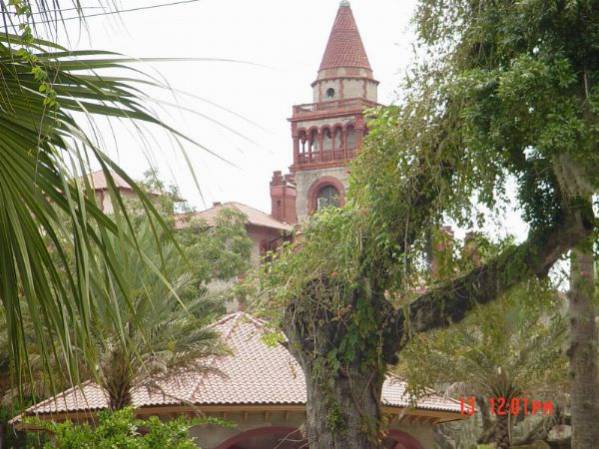 In December 1885, Flagler broke ground on the Ponce de Leon Hotel, designed to be the equal of any in the world. He vowed to spare no expense in building the hotel. When the Ponce de Leon opened in January 1888 its guests lavished in the newest and the best. The hotel's four-story-high walls were made with the latest in construction techniques — poured concrete. Although electricity was not widespread, guests enjoyed electric lights powered by four of Thomas Edison's direct current dynamos. It even had steam heat, which was seldom seen in Florida. The boasted furnishings in each room costing a minimum of $1,000. Tiffany designed some of the furnishings, including stained-glass windows. Guests also had the luxury of private baths and toilets. The city's Ponce de Leon Hotel outclassed such famed hostelries as the Palmer House in Chicago and San Francisco's Palace. In 1968, Flagler College, a four-year liberal arts institution, moved into the old Ponce de Leon.