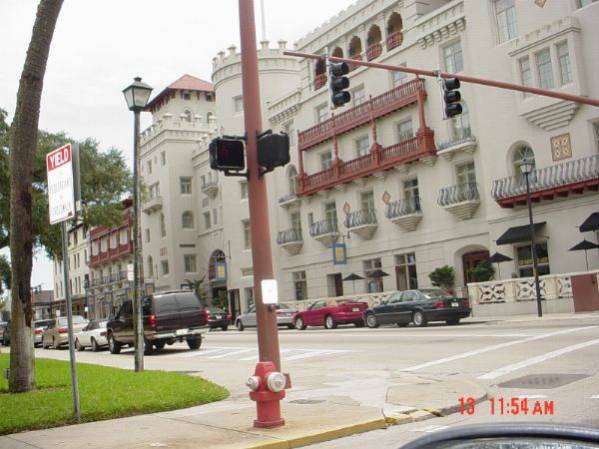 The Alcazar Hotel was built in 1887 in the Spanish Renaissance style, by railroad magnate Henry M. Flagler. It was eventually bought by the city and made into the Lightner Museum and the City Hall. The four-story Alcazar, costing about half what the Ponce de Leon did, was smaller and a bit less lavish. Nonetheless it was still a grand hotel. Flagler called it superior. Perhaps the Alcazar's most famous feature was the then world's largest indoor swimming pool. You can still see the once world's-largest indoor swimming pool. But its days of glory are gone. A mini-mall of antique shops sits — literally — in the empty pool. You reach the shops, which line the basin's sides, via concrete stairs at each corner — the same stairs that once led bathers into the water. A small cafe occupies the deep end.