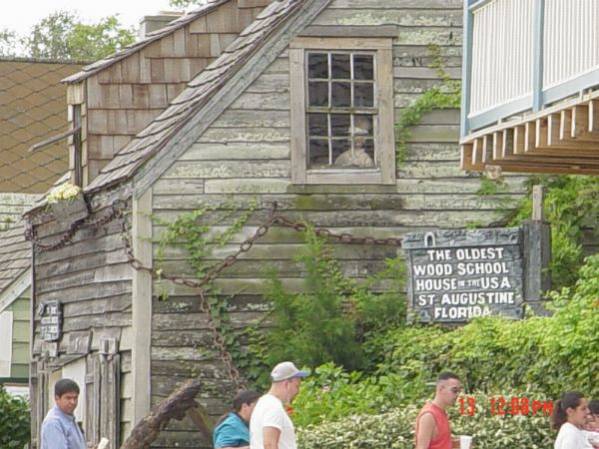 The Oldest Schoolhouse. Originally, the building was a small homestead belonging to Juan Genoply. Juan Genoply later married and the house became a school, so he added an extra room. The schoolmaster lived upstairs with his family and used the first floor as a classroom. Boys and girls shared the same classroom. The house first appears on St. Augustine's tax rolls in 1716, but it was constructed before then. The building has seen very little changes in the past two hundred years. By examining its construction, you can see how buildings were made in America's colonies. The chains around the house were put there in the 1930's to help prevent the house from blowing away in a hurricane.