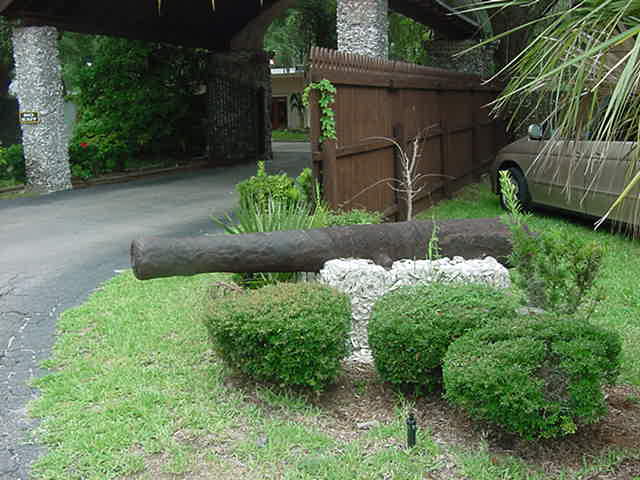 The Fountain of Youth National Archaeological Park in St. Augustine is the site where Spanish conquistadors first came ashore in what is now the continental United States. On April 3, 1513, in the season of "Pascua Florida" - as Easter Season is known in Spanish (meaning Feast of Flowers) - Ponce de Leon expedition sighted land in the present locality of St. Augustine and named it La Florida. When they landed, the priest who had accompanied the soldiers said a Mass of thanksgiving as the native Timucua Indians looked on. Ponce de Leon took possession of the continent for Spain, naming it "La Florida" to commemorate the Easter season and the blossom-filled coastline he encountered. The Ponce de Leon Fountain of Youth, is very touristy... drive by and take a look but save your money and spend your time looking at other things like the beautiful old churches, the city gates, the lighthouse, or the Castillo de San Marcos.