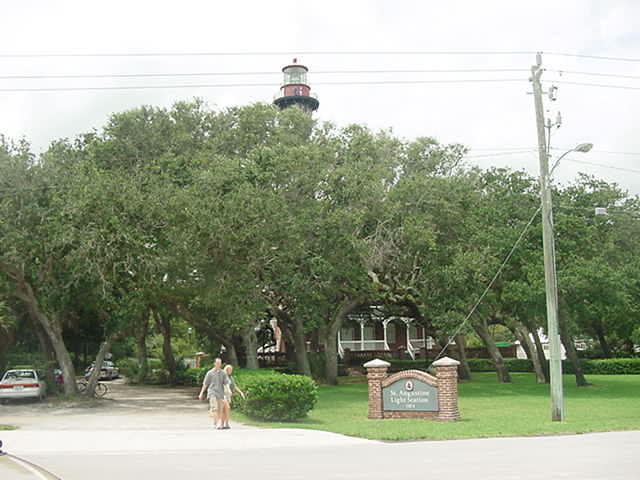 Lighthouse Park is located on the northern tip of Anastasia Island, just inside the limits of the City of St. Augustine, Florida. The northern tip of Anastasia Island has been closely associated with the defense and maritime history of St. Augustine since the 16th century. During the late 16th century a Spanish sentry tower was located in the vicinity of Lighthouse Park. From the wooden tower Spanish lookouts observed Spanish shipping and any water borne threats to the security of St. Augustine. From this vantage point, they spotted the approach of English privateers, commanded by Sir Francis Drake, who attacked and burned St. Augustine in 1586.