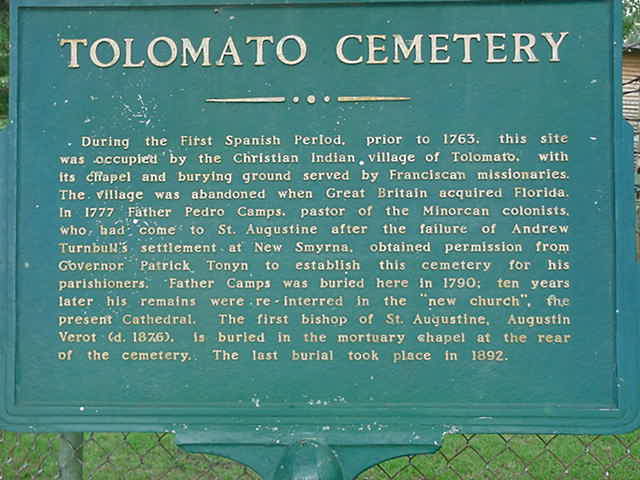 During the First Spanish Period, prior to 1763, this site was occupied by the Christian Indian village of Tolomato, with its chapel and burying ground served by Franciscan missionaries. The village was abandoned when Great Britain acquired Florida. In 1777, Father Pedro Camps, pastor of the Minorcan colonists, who had come to St. Augustine after the failure of Andrew Turnbull’s settlement at New Smyrna, obtained permission from Governor Patrick Tonyn to establish this cemetery for his parishioners. Father Camps was buried here in 1790; ten years later his remains were re-interred in the "new church", the present Cathedral. The first bishop of St. Augustine, Augustin Verot (d. 1876), is buried in the mortuary chapel at the rear of the cemetery. The last burial took place in 1892.